10 days, pure landscape photography binge in the glorious autumn sun light
Frozen Dales
Two Tree Island
09/11/2019
As you may have noticed I have been a bit lacks in producing this blog of late, in the main due to the fact that have been on location and the pressures of my day job.
My latest trip however was for 10 days, pure landscape photography binge in the glorious autumn sun light (mostly).
As planned the trip started in the Yorkshire Dales in a small village called Starbotton near Malham. I stay in a beautiful little village pub called the Fox and Hounds arriving on the Saturday afternoon.
On the Sunday morning I was up at 6am in order to make my way to Malham and the lone tree.
I had visited this location before and in truth I did not think I would get a better image than the one I had taken previously ( See Below). I was right the light was not the greatest together with the fact that the sky contained very little cloud. 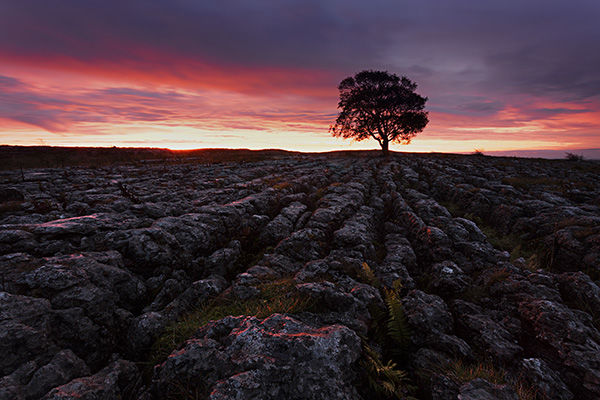 However, on my way back to the Fox and Hounds for breakfast I drove passed a small but perfectly formed waterfall, Sleet Gill Beck.
Turning the car round, I park directly next to the waterfall. As it was early morning the sun was low and filtered through the trees on the left-hand side, but illuminated the tree standing at the top of the Beck.
With the above in mind the image was ideal for the use of a polarising filter, I have used the Lee filter system for years, but I must admit, at the moment, I am not a great fan of the new Lee filter holder.
Over the last few days there had been quite a bit of rain in the area, as such the waterflow across the fall was fast which after some experimentation meant I settled on a shutter speed of 0.3 sec. The sky was pretty bright so as you can see it tried to restrict how much of it I left in the image.

Not a bad image for the first day of the trip after the disappointment of Malham. 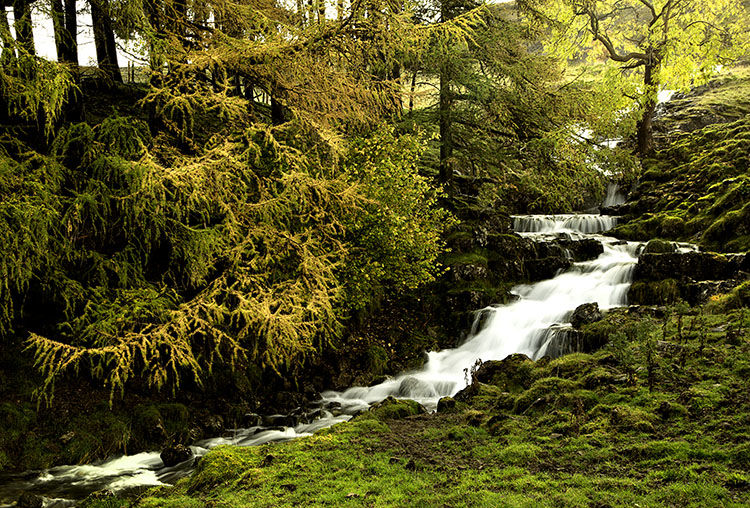